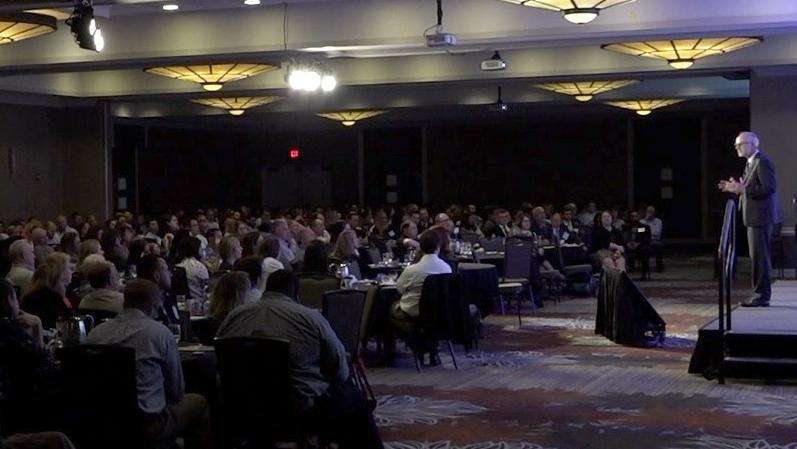 My thanks to you!

This is a private letter sent to me, a former white collar criminal. I never committed title insurance fraud but it was anonymously sent to me — as a thank you. The author of the letter was an average employee in the mortgage finance real estate and title insurance industries.

He heard the story of my consequences. He took a different path which is why he chose not to justify his actions nor the actions of the con men trying to trick him and, he stayed out of prison.

This is why I do what I do — present the message of Clarity, Choices and Consequences.

My name is Jon Neale (name changed because of ongoing investigation).  I want to tell you about an experience I had with mortgage and title insurance fraud.

I am 37 years old.  I have been employed within our industry [real estate finance] for 19 years.  This business is all I have ever known.  I started in the business examining property taxes for a large local title company.  While birthing my career, I was introduced to my wife of 15 years, and for that I am forever thankful.

I left the title company and worked for a large mortgage bank, beginning as a closer.  I learned voraciously; I was passionate and loved my job.  I then became a mortgage processor, and eventually an underwriter.  I became “the go to guy”.  I was proud of myself.  I had become adept and well versed in all facets of the real estate mortgage industry.  I was married and my wife and I had our first child.

As my experience increased I was approached by sales managers within the company.  “Quit the inside job, become a loan officer…With your knowledge base and your skills, you’ll be great, there is a lot of money to be made out there.”  In 1997 or so, the business was changing rapidly.  We were entering the “refinance era”.  The mortgage market was booming, automated underwriting and the advent of new products and processing styles were reinventing the business on a daily basis.

I was hesitant however, to begin a position that was 100% commission with a wife, an 18 month old son, and a second child on the way.  We were managing on my $36,000.00 salary and 12 hour days, but I knew what the loan officers I was pumping paper for were earning and I wanted better for my family.

I made the leap in a refinance market, and the first month of my new “career” I closed $2,500,000.00.  For my efforts I was provided a paycheck in excess of $17,000.00.  I had sales directors contacting me, I had division managers contacting me, and I had become a “star”.  I was being offered branch management positions, territory manager positions, head hunters were calling me.  I had “arrived”.  I continued within my current capacity and closed $25,000,000 my first year.  My wife and I had money coming in that we had never dreamed of.  My job was flexible, I had the ability to make my own hours and life was grand.

I couldn’t see an end.  We now had 2 beautiful children, and a third on the way.  Business was humming along.  We were spending money, not saving a dime.  The economy, thanks to Mr. Greenspan was blessing the masses with never before seen interest rates.

I was in my mid thirties, had a great family, and was a successful Loan Officer for the largest mortgage company on the planet. Then, the bottom dropped out.  Rates went up, the market changed.  We were in the throes of a depression, and I became very quickly a pretty common commodity; a struggling loan officer.  It destroyed my self esteem, I was no longer the star, no more head hunters, no more five figure paychecks.  Life became days of worry and stress.  I lost my self worth, I felt empty…a complete let down to my family.  My role was the provider, no one had to worry about anything…Jon always handled it, “the go to guy”.  Overnight it slipped away.  This “career choice” lead to a bankruptcy and series of horrendous personal choices, on my behalf.

I slowly, with a tremendous amount of support from my wife and parents began to crawl out.  I began to work for a life long friend at a small broker’s office who offered a pretty generous commission split and I was beginning to get back on track. Business albeit slower, but it was steady.  In May of 2005 I was approached by an individual who owned a mortgage company across the street from our office.  He asked if I could help him refinance two borrowers and provided me with complete copies of all documentation used when he originated the loans six months prior.

I took the files home over that weekend and began to look at them.  The two transactions totaled over $5,500,000.  The borrowers had excellent credit, huge deposit accounts and LTV’s within reason.  I was contacted the following Monday by an individual representing both borrowers indicating that I was being “tested” with these two loans, and when they closed there would be many more.  Later in the week I was provided by this same individual 8 purchase contracts for multimillion dollar properties within exclusive areas of metropolitan Detroit.  I was holding in my hand over $20,000,000 in loan production.  I was provided phone numbers and credit reports for all borrowers and instructed to charge fees and points at my discretion and to utilize stated income or no-documentation programs for each.  The properties being purchased had very sketchy listing histories.  I wasn’t stupid, or naïve, and knew exactly what I was working with.

Jerome, I began the same justification process you mention in your presentations.  I started saying to myself, “Everyone else is doing it”, “This will just give my family a little kick start, than I will get out.”

I then began a three month odyssey that I had only before seen on film.  Countless phone calls at all hours of the day and night, shady individual after shady individual and the growing pit in my stomach becoming bigger by the day.

One day I got my wits about me and realized I had uncovered a scheme that involved something similar to this:  Purchase property for $1,200,000 appraise it for $3,500,000.00, sell it the same day to a “borrower” for  $3,500,000 and pay the original seller his $1,200,000 from the “borrower’s” 80% mortgage on the $3,500,000 purchase price.  This “business venture” left 1,600,000 on the table to be split up amongst the involved parties-PER TRANSACTION.  They would escrow 18-24 months of payments, keep the properties insured, and no one was the wiser. In addition they were creating their own market.  Each deal would become easier to appraise because of the comparable “sale” created by the transaction that has just closed.  It was brilliant.

I did not commit mortgage and title insurance fraud

But for some reason, call it a moment of clarity, I stepped a different way; chose a different path. I never closed one of these loans. I never submitted a loan, I would always make up a “problem” that would justify having to take the transaction to another lender.  I laid awake at night, I became irritable, I was a nervous wreck.  And then one day (Black Monday as we have come to call it) I came into my office a little after 8:00 a.m.  At approximately 8:30 the office across the street was raided by the Secret Service and the FBI.  I watched them carry out box after box of files, CPU’s, and people in handcuffs.  Literally 150 yards from my office door I watched it happen, and I cried.  I was witnessing the destruction of countless families, a business, and a reputation in the 40 minutes it took the agents to complete their tasks.

I have spoken to the local office of the FBI on a number of occasions (on my own accord), as recently as yesterday.  I saw your website today.  I poke around on the internet occasionally for mortgage fraud related topics since this happened.  I listened to your depiction of telling your children that, because you were sentenced to 21 months in federal prison, you would be gone “for two Santa Claus’s” and again began to cry, because I was almost there.  I thank God everyday for giving me the fortitude to say no.

Jerome, my best wishes to you. Please keep spreading your message.  This industry needs more like you.

“It was truly a pleasure working with Jerome and we are proud to have featured him as a guest speaker for our training seminars.”